Home » How to » SMART LTE Signal With APN Settings Config 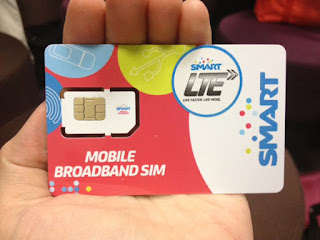 LTE or Long Term Evolution is the latest network connection today, this new technology can go as high as 100mbps if not capped by the network, LTE is also called 4G the successor of 3G, although 3G and 2G are still used today.
Having an SMART LTE signal in your area is a lucky thing, take advantage of the speed, just take note that premium services requires premium cost, anyway I'm not here to talk about that.


Today's topic will consist of how to configure APN and other broadband settings, LTE Sim and device combination, and places where SMART LTE is live.

Lets apply a simple logic, as some users experiencing signal drops from LTE (4G) to 3G.

It is recommended to use the third combination, as they may give better results, pictures are provided below for references.
*note: this device can be bought at online stores, don't buy from SMART, they are just re-branded devices, and save up to Php2,000. Huawei E392 is already unlocked for all networks, while from SMART is not.

The LTE SIM will provide, of course an LTE (4G) signal, although its quite expensive than regular sim, SMART LTE SIM has some extra features like, huge contact space, additional services, extra menus, and they are prioritized by Smart.

*Note: Don't use APN=internet, as it may not give the highest speed.

Q: Is using a regular SIM but subscribe to LTE promo will yield a LTE signal?
A: Yes and No, yes it will but not stable due to congested network, i.e 3G. And no if your not using an LTE device/phone.
Q: After my LTE subscription expires, I lost my LTE signal and back to WCDMA even with LTE SIM?
A: The question is answered already, in any case no promo subcription = no LTE signal.
Q: Is SMART LTE network already available nationwide? A: No, only in selected ares, mostly in high profile zones, e.g major cities in the Philippines. Q: Do you have a list?
A: Use Google and type "List of areas in the Philippines with SMART LTE signal" or call Customer service.