4:46 AM Infotechmaestro 0 Tech News
A+ A-
Print Email
Windows 10 Anniversary Update. After just a year, Microsoft has managed to update Windows 10 with a solid amount of new features. This is the exact promise of Windows as a service, and it’s encouraging to see it in action.

The Anniversary Update will report itself as version 1607 Build 14393, despite the fact that it technically launched in August instead of July. If you don’t have it yet, try checking for updates in Windows 10’s Settings > Update & Security. You can also start the update manually from Microsoft’s support page here.
Basically  you will find some difference upon installing the new build example the UI.

Microsoft has also tweaked the Windows 10 UI in more ways than just a dark theme. The all apps list is now an integral part of the Start menu, and Live Tiles are now chase-able. This means if you see something like a news story on a Live Tile, you’ll go directly to that news item when you click the Tile instead of simply opening the homepage of an app. 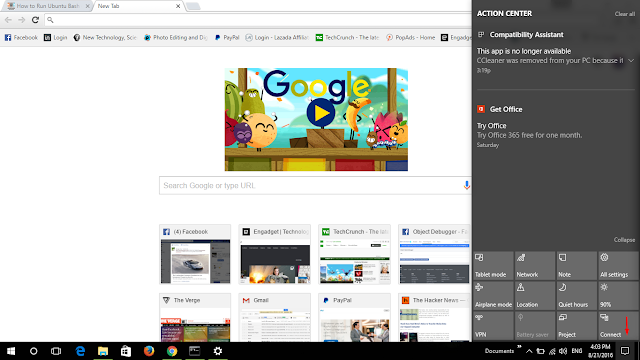 Windows Defender now has an icon that appears in the notification area and produces more notifications by default. This makes it more clear to average Windows users that Windows 10 has a built-in antivirus protecting them. Windows Defender can also perform a boot-time offline scan to find and remove more nasty malware. 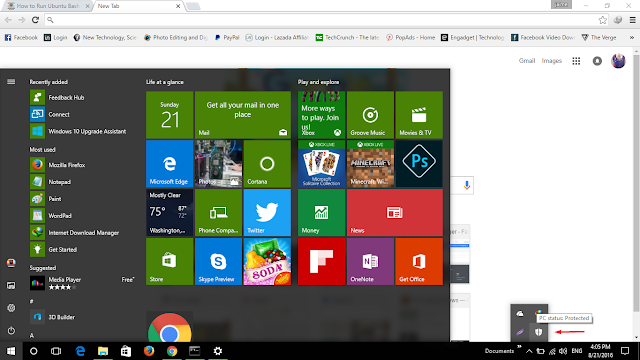 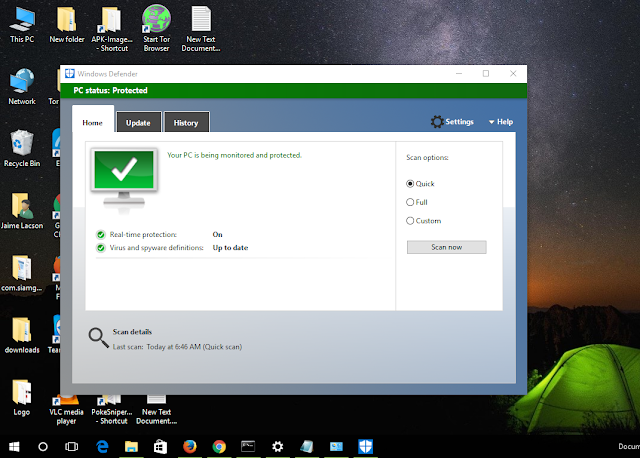 Cortana is also getting a little more intelligent, with the ability to schedule appointments in Outlook or options to send friends a document you were working on a week ago.

Microsoft continues to expand on what Cortana can do, clearly trying to make it the most powerful assistant in an increasingly growing pool of competition (Siri, Google Now, Alexa, and the whole gang). This time around, Cortana comes to the Windows 10 lock screen, so you can invoke her at any time. And, she can push stuff to and from your mobile device, including notifications and text messages. (And remember, since Cortana is available on Android too, that doesn’t mean you need a Windows Phone to take advantage.) 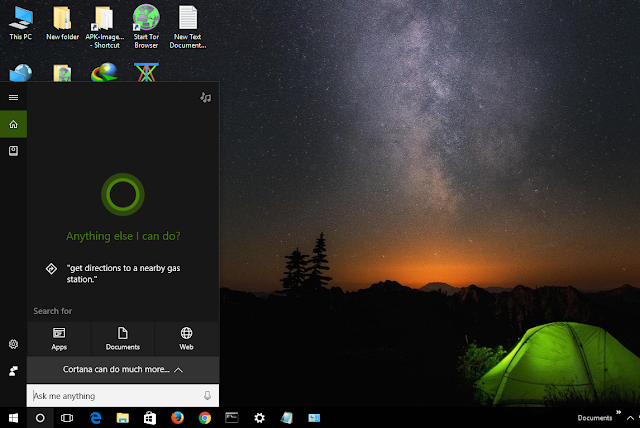 Microsoft has removed the controversial Wi-Fi Sense feature that allowed you to share Wi-Fi network and their passwords with your Facebook, Outlook.com, and Skype contacts. Microsoft never did a good job of explaining this feature–perhaps it would have been more popular and less controversial if Microsoft had. Either way, Microsoft says very few people actually used this feature, so it wasn’t worth the effort to keep it around. 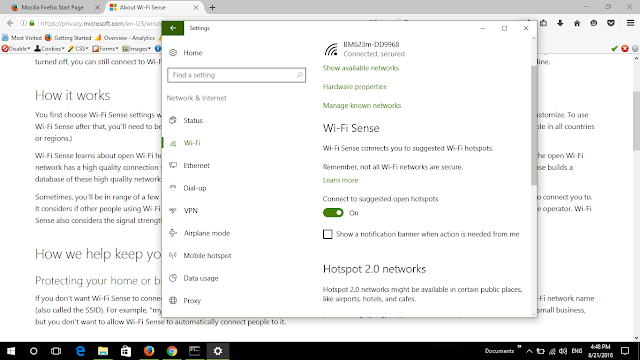 Wi-Fi Sense isn’t completely gone, but it now connects you only to public hotspots. It won’t connect you to a private Wi-Fi network and no longer offers a way to share your Wi-Fi credentials with others. You can find what remains of Wi-Fi Sense under Settings > Network and Internet > Wi-Fi.

Mobile WiFi Hotspot is working  on Laptops too 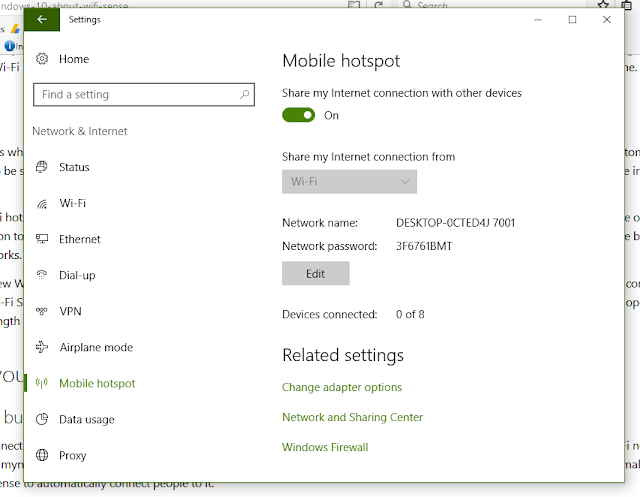 I tried to connect my phone and it connect 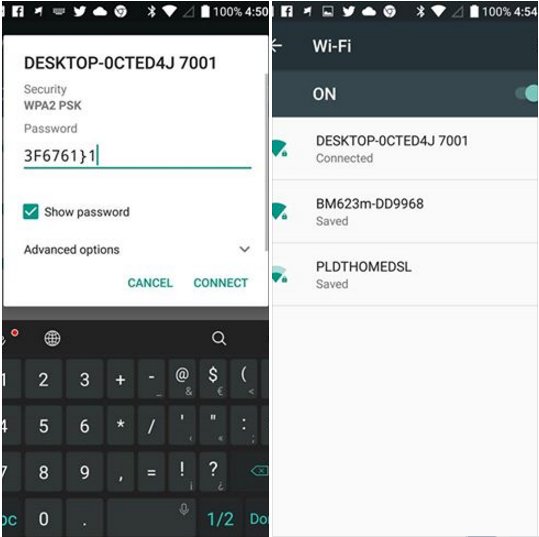 With the Anniversary Update to Windows 10, the automatic time zone switching in OS X it’s finally here. If you’re traveling abroad for vacation then you’ll never have to worry about manually adjusting your PC clock again. It sounds like the most minor feature, but more often than not it’s the small things that add up and make a difference. Microsoft hasn’t enabled the automatic time zone switching by default, so you’ll need to enable it from the settings app. 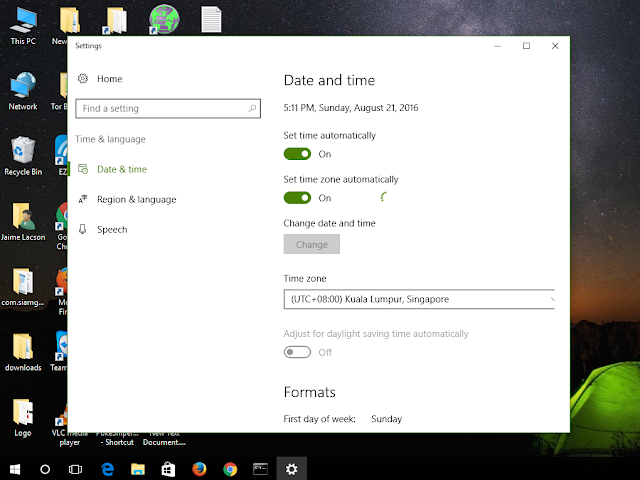 Microsoft surprised the developer world when it unveiled bash for Windows earlier this year. If you’re a developer then Bash on Windows 10 is a big deal, for everyone else it’s something you won’t really use. Microsoft is essentially adding the Linux command line to Windows 10, and it’s a great addition for Linux developers that need access to all their tools on Windows. It’s an optional Windows feature you’ll need to go in and enable, but once it’s setup you’ll receive updates if Microsoft tweaks it in the future. 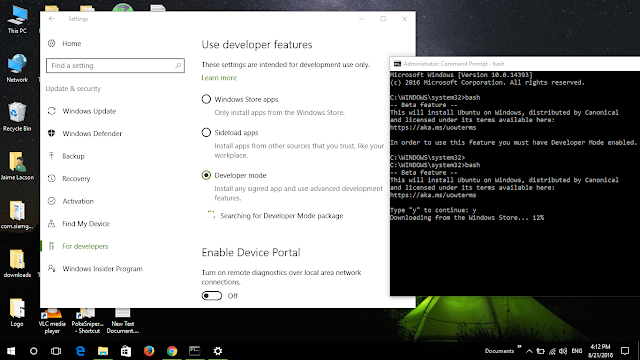 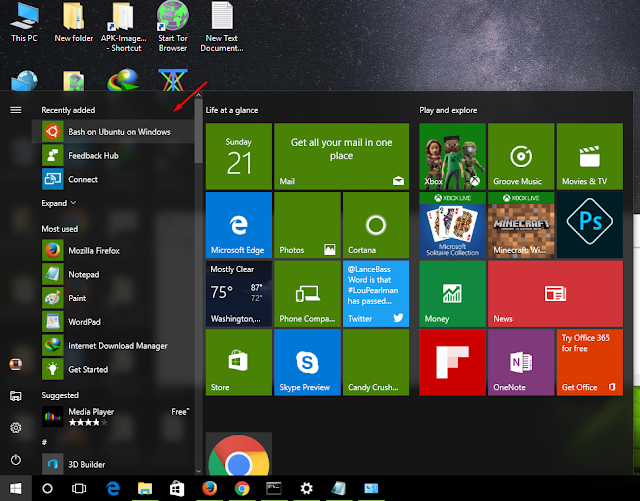 The Windows taskbar sees some important improvements, too. The taskbar clock is now integrated with your calendar, so you can click or tap the time and see a list of the calendar events you have scheduled for today. Tap an event–or tap the “+” button to add an event–and the Calendar app will open. 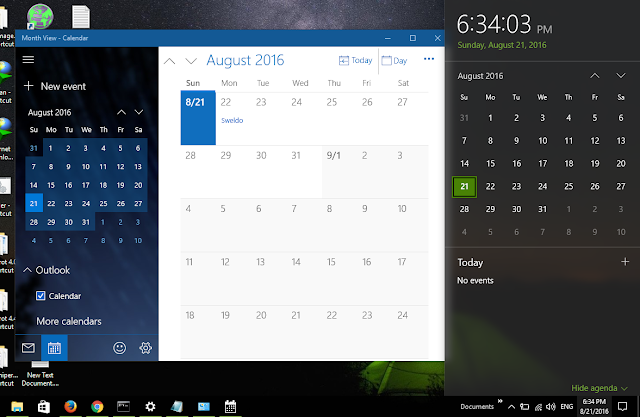 The sound panel is also more useful. You can click or tap the speaker icon and switch between multiple output devices–like speakers and headphones–if you have more than one connected.

Taskbar settings are now integrated into the new Settings app, and you can access them at Settings > Personalization > Taskbar. You can also just right-click the taskbar and select “Settings” to open this new screen.

Microsoft is adding a new "Project to PC" option in Windows 10 Anniversary Update. It’s similar to remote desktop, but it allows you to easily find a PC to project to from a phone or another PC. You’ll be able to project what you see on your own display onto another machine, and use its keyboard, mouse, and other peripherals. It seems like a feature that is more suited to the business environment, especially if you want to show a colleague a document but don’t necessarily want to share the contents directly with them. 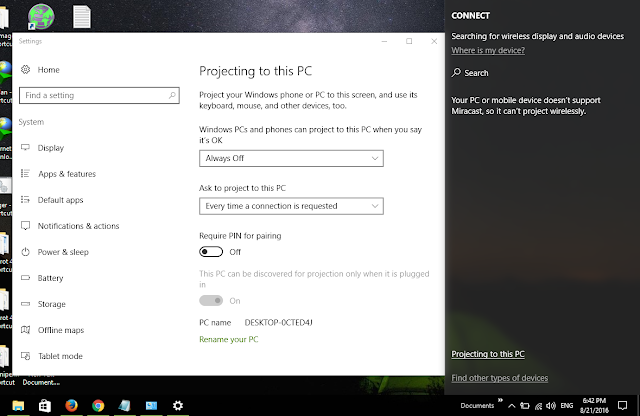 Here I test if  my Laptop can project my Flash Plus 2 smartphone screen although my hardware is not build for that  but still it works. 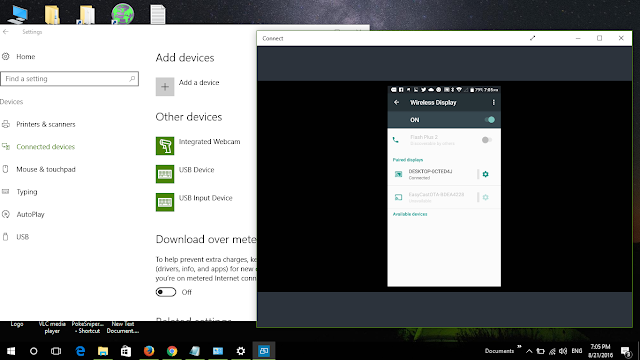 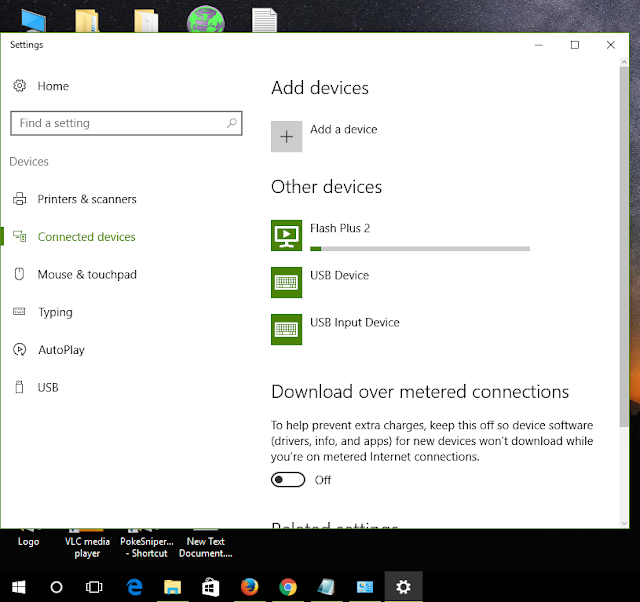 Ok thats all for my review on the latest Windows 10 build. Even with Windows 10 Anniversary Update, Windows 10 isn’t complete. This is just the latest update, and more features and changes are coming later this year and beyond. It feels like the big promise of Windows 10 across multiple devices is finally here, and Microsoft is now building on top of what that means.